I took these pictures this morning.  It was really foggy and it seemed to roll in and out. 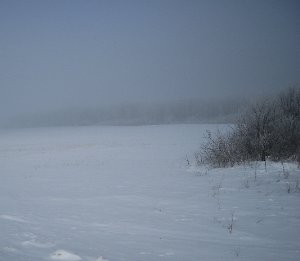 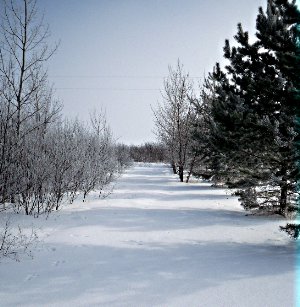 The sun started to peek out and I liked how the shadows were being cast on the snow.  The fog created beautiful hoar frost on all the trees.

It’s pretty quiet here today with the family all out of the house. Temperatures are mild, winds calm. Chores were leisure.

Make room for me! 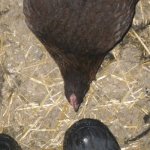 Pecking the snow off my boots 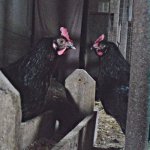 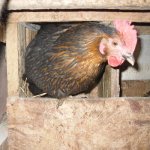 Wow! 8 eggs today! Enough for everyone. How would you like your eggs cooked?  I made whole wheat, flax bread on Monday so how does poached on toast sound? The coffee is ready. I’ll see you soon!

This is the sunrise we saw this morning!  Almost as pretty as the one in the banner.  Taken from the same spot but on a different day and different camera.

It’s been a week of sick people in the house.  Youngest son was home from school for 2 days.  He went back this morning though I’m sure he could have used another day of rest.  Hubby was flaked out on the couch last night!  Didn’t even have supper.  He said he slept well last night and went to work this morning!  At least it’s Friday!  I’m feeling a bit better myself and plan on disinfecting the house today.  It’s really mild out, just -3C so I’m going to open up the house and change the air.

The septic cleaning truck was here this morning.  It’s hard to rinse the tank when the hose is frozen but I managed to get the hot water flowing from the laundry room and fed the hose out to the tank so he could do a proper job of cleaning it.  I don’t know who would want a job like that but thank goodness someone does!

My brother came home last night from Italy.  I’m sure he’s suffer jetlag so I’ll give him a day or two before I call.  Italy is 7 hours later and the overseas flight was 9 hours.  His plane landed last night at 11:30 pm which would feel like 6 am to him.  He probably didn’t sleep much on the plane.  Who can sleep in an upright position besides my hubby?  I’m sure he’s rare.  Nice the weather is mild for my brother.  He’s Canadian raised but being away so long, he’s not used to the extreme cold we get anymore.

I'm Marg (hard g) and this is snippets of my farm life on the Canadian prairie. I was born and raised in the city, then married the love of my life and we moved to the country. That was 26 years ago, we've raised 3 boys and an assortment of animals. We're still figuring things out as we go and always learning something new as we work towards a more self-sufficient life.
Join 61 other followers 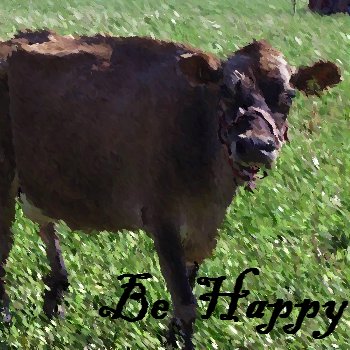 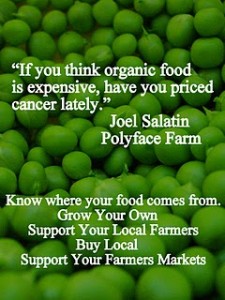